Sydney University Athletics Club is the oldest continuing athletics club in Australia. Founded in 1878, it emerged nine years prior to the 1887 formation of the Athletic Association of New South Wales. In 1890, it was a foundation member of the newly formed Sydney University Sports Union, along with the university football, cricket, boat and tennis clubs. 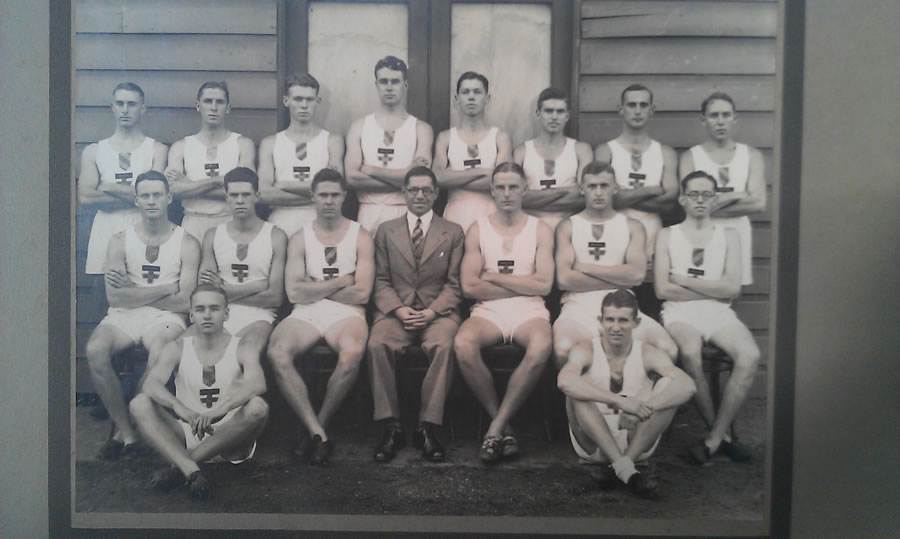 Two years later in 1892, a band of Sydney University athletes competed in what has been recognised as the first Australian Intervarsity match against Melbourne University. While being overcome by their hosts on the track the Sydney men more than held their own in the social stakes. A century on, and competing in the same all-white uniform at the first Australian University Games in Perth in 1992 SUAC were able to avenge that earlier loss with an emphatic win both on and off the track.

SUAC has the distinction of producing Australia’s first ever athletics world record holder, Nigel Barker, who ran a 48.5s 440 yard in 1906. Barker was one of the first in a long line of SUAC athletes to compete on the international stage.

Among the most illustrious is Jack Metcalfe, a national champion in long jump, high jump, triple jump, and javelin. Jack first became an international success at the 1934 British Empire Games, where he won gold in the triple jump. He also won bronze in the long jump, and, for good measure, came fourth in the high jump. The following year, in December, Metcalfe set a new world record of 15.78 metres for the triple jump. At a training camp just prior to the 1936 Berlin Olympics, Metcalfe, who was entirely self-coached, trained with two of his fellow competitors from Japan, swapping points on style and technique. These two athletes ended up finishing first and second in the triple jump, relegating Jack to the bronze medal. German officials later complained that he had actually significantly improved the technique of the Japanese athletes, and had done too much to help his opposition! In the 1938 Empire Games, Metcalfe successfully defended his triple jump title, winning the gold medal.

Also at the Berlin Olympics, SUAC athletes Myer Rosenblum (formerly a Wallaby backrower) and Paul Magee distinguished themselves by finishing fifth in the hammer throw and sixth in the 440 yard hurdles respectively. Paul finished 6th in the 440 yards hurdles in the 1938 Empire Games in Sydney. 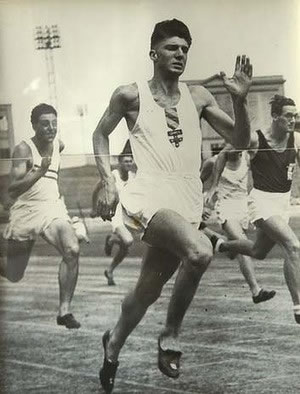 Considered one of the fastest men on the planet in his prime, John Treloar (AM) was involved in one of the closest 100 yard Olympic finishes ever run, when he contested the final at the Helsinki Games in 1952 after competing in the 1948 London Olympics and became a triple gold medalist at the 1950 British Empire Games in Auckland in the 100, 200 and 4 x 100 yards relay. American Lindy Remigino was awarded the gold medal, but he was not the only one to run 10.4 seconds – there were three others – while fifth and sixth came in at 10.5 seconds. Although Treloar officially finished sixth, just 0.1 second separated him from the winner. The time remained his personal best for the distance. His best over 200 yards was 21.1 seconds run in 1946.

Since then, Sydney University has continued to produce athletes who have enjoyed success at an international level. At the 1962 Empire and Commonwealth Games in Perth, Betty Moore, then competing for Britain, broke a Commonwealth record and equaled the world record for the 80 metres hurdles. Betty collected two silver medals, from the hurdles and the 440 yards relay. In 1960 she would have been the first SUAC female athlete to compete in the Olympics, having been selected to represent Britain, but was unable to compete for citizenship reasons, leaving that honour to Cheryl Peasley (later Collins), who competed in the 4 x 400 metres relay at Munich in 1972.

Outstanding of the list of SUAC internationals is Gordon Windeyer, who won gold in the high jump at the 1974 Commonwealth Games. Other notables include Angela Cook (Commonwealth Games 1974, 1978), Rachel Thompson (World race Walking Championships 1983) and Paul Greene who finished 4th in the 400 metres at the 1994 Commonwealth Games and competed at the 1996 Atlanta Olympics. Paul is the eldest son of Pat Greene, former NSW long jump champion and highly regarded SUAC former president and current Patron and Deidre Green (nee Magee) who competed for the women’s club with distinction. More recent Olympic representatives have been Lachlan Renshaw in Beijing 2008 (800m) and Ed Fernon in London 2012 (Modern Pentathlon). In a famous finish, Renshaw won the 2011 World Universiade title. From 2014 on, the club saw huge international representation with 12 qualifying for the Commonwealth Games alongside 5 competing at the inaugural IAAF World Relays.  7 athletes gained Australian selections at the 2015 IAAF World Championships in Beijing where a host of club members supported them as part of an Aussie Aths fans tour. Michelle Jenneke, Ella Nelson, Brendon Reading, Milly Clark and Jenny Blundell all competed with distinction at the 2016 Rio Olympics along with former SUAC athlete Madeline Heiner. In 2017 SUAC launched the Target Tokyo program aimed at achieving as many Tokyo 2020 representatives as possible. Immediate success was achieved with Nick Hough qualifying for the London 2017 World Championships along with 8 other athletes. At London World Para Athletics Championships wheelchair athlete Angie Ballard won yet more medals in a long and highly distinguished career incorporating multiple world records, world championships and a Glasgow Commonwealth Games gold medal. 2018 Commonwealth Games marked the most successful representation of SUAC athletes ever in an Australian team. 13 athletes competed on the Gold Coast with Angie Ballard earning a Silver medal and both Nicola McDermott and Nick Hough, Target Tokyo alumni, winning Bronze. For the full 2017-18 year, 22 SUAC athletes represented Australia. Catriona Bisset & Josh Ralph won Australia’s best ever medal performance IAAF World Relays finishing 2nd to USA in the 2x2x400m in 2019. Bisset went on to win Summer Universiade 800m and break the Australian 800m record at the London Diamond League meet in an astounding 1:58.78 achieving an Olympic qualifier joining fellow Target Tokyo alumni Nicola McDermott in the high jump. In more Olympic success, Modern Pentathletes Ed Fernon and Marina Carrier were officially selected by the Australian Olympic Committee to compete in Tokyo with Dean Gleeson appointed Head Coach and Team Leader of the Australian team. The club’s Target Tokyo program paid off in July 2021 with the official selection of another 10 athletes – Rohan Browning, Nicola McDermott, Liz Clay, Alex Beck, Annie Rubie, Jenny Blundell, Mackenzie Little, Nick Hough, 6 time Paralympian Angie Ballard and club record holder Catriona Bisset. Undoubtedly the biggest highlight of Tokyo was Nicola McDermott’s silver medal winning performance closely followed by finals, semi finals and personal bests achieved by Mackenzie Little, Liz Clay and Rohan Browning. A massive thank you to our Target Tokyo supporters. 2022 is another a huge year for SUAC with 12 SUAC athletes selected for World Championships, Commonwealth Games and U20 World Championships and Commonwealth Games silver and bronze medals to Mackenzie Little and Angie Ballard.

Off the track one of the most significant event of the club’s recent history occurred in the Grandstand Bar in May 2002. At the Club’s Annual General Meeting it was decided to finally amalgamate the Men’s and Women’s clubs (which had been run as separate entities until that time), and end a history of administrative separation, which mirrored the university’s sporting administration. 1978 saw the centenary of the club with a dinner and guests from Oxford University and around the world. A history of the club was written for this anniversary by alumnus Professor David Branagan AM (2018) with contribution from many others. The 78 Club still meets regularly and the club’s sensational Annual Dinner enables new and old athletes to share stories and performances.

On the uniform front, the men still proudly wear the traditional all white and accompanying tie with the women wearing University colours.